“Ketamine is commonly used in the operating room to put patients to sleep and is also used frequently in the emergency room to sedate patients for minor procedures, such as resetting broken bones. It was from similar experiences many years ago, that Ketamine was found to help patients with severe depression and pain. Patients who had received Ketamine as an anesthetic found that depression and pain had significantly improved after the Ketamine infusions.” – Dr. Pranav Virmani 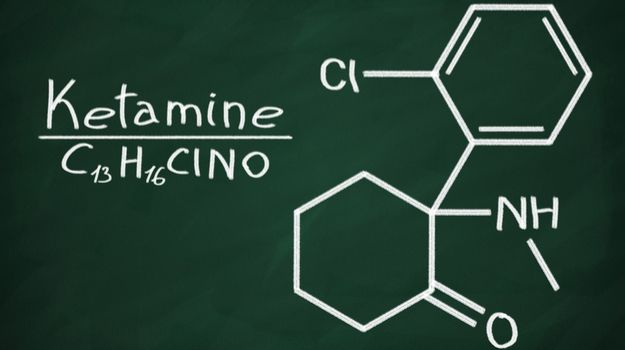 Ketamine was initially synthesized from PCP oddly enough (its very similar chemical cousin) in 1926.  After being patented in the 1960s it started being used by vets for sedating animals during surgery.  You may know of Ketamine as a horse tranquilizer.  It also became widely used as an anesthetic in hospitals and on battlefields by medics.  It is because of Ketamine’s properties as a dissociative anesthetic and its ability to block multiple receptors including pain receptors and specifically the NMDA receptors in the brain that make it ideal for hospital operating tables.

When these receptors are blocked, neurons in the central nervous system can’t get their pain messages to the brain, giving relief to pain and administering peace and rest. Also, the fact that Ketamine is a stable compound that does not require refrigeration earns it a spot on the World Health Organization’s list of the world’s top safest and most necessary drugs, making it a viable option in third-world countries that do not have access to expensive hospital breathing machines or other anesthetic processes, reliable electricity or refrigeration. These properties also make it the combat medic’s tool of choice.

Combat Medic Tool of Choice in the Field

“In severely injured soldiers, like a double or even quadruple amputee, we use a large dose of ketamine to not only subdue the wounded and often distraught soldier in the field of fire, but to provide amnesia and pain relief. It also increases the soldier’s heart rate and blood pressure, which helps with blood loss. A ‘K-holed’ soldier is much easier to load and transfer away from danger.” – A Navy Seal medic who wishes to remain anonymous

Interestingly enough, a new cutting edge field of application for the drug coming out of Yale under the leadership of its Chair of Psychiatry Dr. John Krystal shows that Ketamine can greatly improve and in some cases solve chronic depression altogether for up to 70% of patients.

What Does Ketamine Do?

The Ketamine drug given in different doses can either mildly sedate or completely put a patient to sleep. It does this through blocking certain neurotransmitter and receptor sites in the brain. Studies show that Ketamine can even “rewire” the synapses of the brain or create entirely new synapses. Ketamine provides a high not altogether dissimilar from ecstasy which is why Ketamine has been used recreationally and illegally as a ‘party drug.’ It can cause hallucinations, dizziness, light-headedness, and disorientation. This drug must be professionally administered and is a restricted substance. On the extreme end and when inappropriately used, this drug can cause such strong hallucinations that it appears to free the mind and spirit from the physical body, a process known as k-holing. When properly administered by a professional in a medical environment at the right dosages, Ketamine can help rewire depression out of the brain and relieve chronic pain.

Since Ketamine has hallucinogenic properties in taking over key brain receptor sites, when properly administered it almost instantly gives relief to chronic pain and symptoms of depression. In fact, it is found to be so effective in 70% of patients who’ve been treated with it that they actually say that they ‘feel happy’ for the first time either in a long time or perhaps even in their entire life. Unlike antidepressants that have to be taken consistently for long periods of time to produce symptomatic relief, Ketamine can actually do it after the first administration.  Since it is such a new field of study, researchers aren’t yet certain how it truly works, but Dr. Krystal out of Yale, the leading researcher in the space, indicates that the drug appears to literally regrow connections in the brain that pertain to a person’s general mood.

How Long Does Ketamine Last?

Because of its perceived properties to rewire the brain helpfully when properly administered, Ketamine isn’t just a quick fix drug. It is perhaps better described as something of a ‘miracle in a shot’ that doesn’t simply address the symptoms of chronic depression or pain but solves for mood disorders… potentially permanently.

The properties of this ‘medical miracle’ or as one ER doctor calls it ‘the best drug on earth‘ could make it one of if not the biggest medicinal discoveries for applications in the 21st century that may completely cure neuropathic pain syndromes like migraines, spinal cord injuries, fibromyalgia, depression, suicide rates, asthma, and so much more.

With mental health issues increasingly becoming the #1 concern that modern health advocates are seeking to solve, Ketamine may just be that solution. But you don’t have to take just our word for it, do your own research, then come in to Virginia’s premier Ketamine infusion clinic in Leesburg.

How Does Ketamine Help Anxiety?

What Are The Causes of Depression?