The rapid improvement after a Ketamine infusion is exciting news for patients with PTSD or severe depression as they are known to have much higher rates of self-harm and suicidal thoughts.

Ketamine Infusion therapy has been shown to offer IMMEDIATE hope to some patients with suicidal thoughts.

People who think about suicide do so for a multitude of reasons. Ketamine Infusion Therapy is not a solution for everyone. Most (but not all) people who think about hurting themselves suffer a variety of mental illness. All at some level include depression and anxiety. It is for this group of patients that suffer from the feelings of sadness, hopelessness, and anxiety with a depressive or anxiety disorder, that ketamine infusion therapy may be significantly beneficial. Ketamine infusion therapy for depression has been shown to improve the signs of suicidal depression in up to 70% of patients. 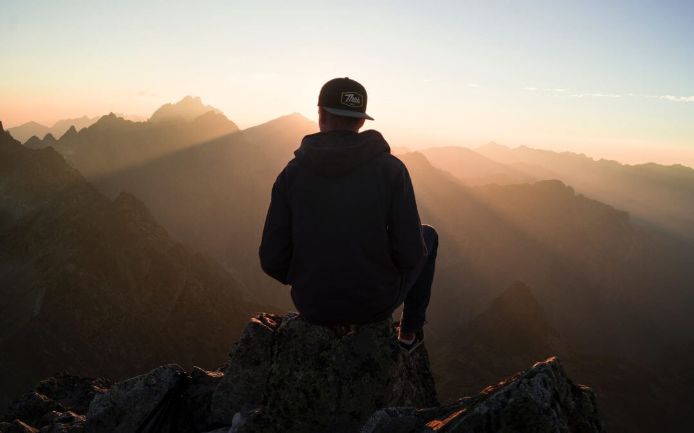 CNN Reports On Ketamine and Depression

Introduction to Ketamine for some people with suicidal thoughts 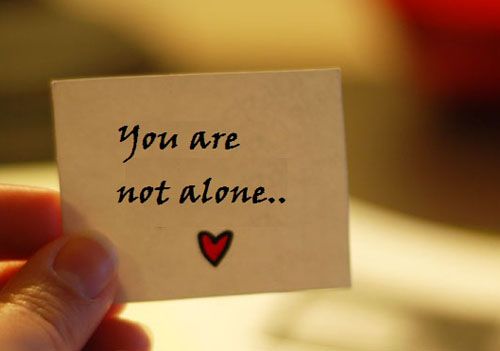 Alert: Any person reading this page who is actively considering suicide or hurting themselves should immediately call and speak with the suicide hotline at 1-800-273-8255 or call 911 immediately!

People consider suicide for a multitude of reasons. Ketamine Infusion Therapy is NOT a solution for everyone. Most, but not all people who consider suicide suffer from some form of mental illness that, at some level, includes depression and/or anxiety.

It is for this subgroup of patients suffering from the feelings of sadness, helplessness, anxiety and clinical depression, that Ketamine Infusion Therapy may be of extremely helpful.

Certain symptoms of depression, particularly hopelessness and anhedonia, are more closely tied to suicidal thoughts, than those with depression only. Hopelessness describes the feeling that things cannot change or be better than they are now; Anhedonia describes the inability to enjoy anything, or to feel interested in things that would usually give pleasure. Therefore it is known that people with symptoms of hopelessness, anhedonia, and anxiety tend to have significantly higher rates of suicidal thoughts. 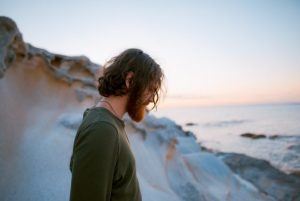 Some studies suggest that feelings of anxiety or agitation may increase the likelihood to act on thoughts of suicide. People who feel isolated or different, may turn to suicide, as an escape from their problems. Also, those who have experienced sexual abuse or other types of significant rauma are more likely to attempt suicide. Similarly, veterans of the military, especially those who have served in combat, are at increased risk of suicide.

A study of people who committed suicide after discharge from a psychiatric hospital showed that 79% had expressed “extreme” or “severe” anxiety, and 22% had suicidal thoughts prior to their action. This high risk group of patients, with suicidal thoughts and significant anxiety, need something that works quickly to help with their immediate needs. Ketamine infusion therapy an undeniably an option for this group of suicidal patients.

Ketamine infusion treatments can, unlike traditional treatments, provide immediate, however temporary relief from some of the most serious feelings associated with suicidality, including relief from heightened anxiety, helplessness and depression. Traditional treatment options that include antianxiety medications such as valium or xanax can decrease the anxiety, but may leave the person feeling tired and lethargic; antidepressants often take weeks to work and usually have unwanted side effects; talk therapy, while essential for developing coping skills, rarely gives the patient immediate relief for the underlying symptoms of anxiety and depression.

Ketamine infusion therapy has been shown to be effective and offers rapid relief in the treatment of depression in approximately 70% of patients, at least temporarily. Our physicians and medical partners are emergency room physicians, psychiatrists, and psychologists who understand the extreme risk that these patients and families live with and are uniquely qualified to treat this condition.

Why you should strongly consider

Ketamine Infusions if you are having suicidal thoughts

The presence of active suicidal thoughts is a medical emergency. Please call 911 or the suicide hotline 1-800-273-8255 immediately if you feel acutely suicidal.

Patients who suffer from suicidal thoughts, severe depression, severe anxiety, and/or PTSD, are often desperate for relief from the feelings of sadness, anxiety, helplessness, and even suicidal thoughts. Traditional treatment are often far less effective than Ketamine Infusion Therapy. Traditional treatments generally include Anxiolytics (anti-anxiety medications), antidepressants, and talk therapy. Anxiolytics which include the benzodiazepine class of medications, such as Valium, Ativan and Xanax, while often effective in decreasing the levels of anxiety, will often leave patients feeling tired, lethargic, and even forgetful; Antidepressants are effective in approximately 60-70% of people and may take months to take effect; and while talk therapies, such as cognitive behavioral therapy (CBT), is imperative in helping the patient develop appropriate situational coping skills, it will do little in helping you rapidly overcome the associated anxiety and depression.

Ketamine is a big deal because it has been found to provide immediate relief in up to 70% of patients that have tried it. This includes patients with suicidal thoughts due to major depression, postpartum depression, anxiety, post-traumatic stress disorder, bipolar depression, and even pain conditions such as fibromyalgia. The most importantly, Ketamine has the potential to provide immediate relief in patients that need rapid improvement of their mental and physical symptoms. 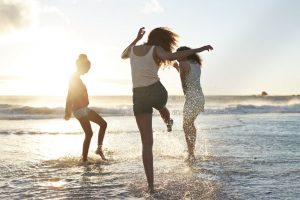 Ketamine has the ability to treat patients with suicidal thoughts, PTSD and “treatment resistant” major depression in a matter of minutes! 70% of patients will see some improvement in their depressive symptoms after only a single infusion.

This improvement is however, temporary; and progressive improvement requires several treatments. The rapid improvement after a Ketamine infusion is exciting news for patients with signs of suicidal depression and severe depression, as they are known to have much higher rates of self-harm and suicidal thoughts.

In contrast, ketamine represents a major breakthrough in the suicidal depression treatment, providing immediate relief with only minimal and temporary side effects.

How Does Ketamine Improve Depression and Suicidal Thoughts?

Researchers aren’t exactly sure the mechanism by which Ketamine infusions work, to treat suicidal thoughts from major depression or severe anxiety. However, Ketamine has been shown to help regenerate synaptic connections between brain cells that are damaged by stress and depression. Some improvements have been seen after even a single administration.

Ketamine is a drug that has been used by Anesthesiologists and Emergency Room Physicians for over 30 years as an anesthetic for surgery or to sedate patients for minor procedures. It was in these clinical environments that Ketamine was first noticed to help patients with depression, anxiety and chronic pain. Doctors began to discover that their patients felt better from their pain, depression and anxiety immediately after their procedures using Ketamine, as the anesthetic. The relief was temporary, but the findings led to more clinical research. Ongoing clinical studies are looking at how Ketamine infusion might be used to provide long-term relief for patients with depression or chronic pain.

Virginia Infusion Therapies is one of the the first Ketamine Clinics in Northern Virginia, and the first clinic in Loudoun County to provide Ketamine infusion therapy for the treatment of Major Depression and Pain Conditions.  The clinic was established by four physicians in Loudoun who, through their professional experiences in medicine and their personal family experiences with depression, recognized that there are major problems in the recognition and treatment of depression.  They recognized that Major Depression, Post-Traumatic Stress Syndrome, and some pain conditions are often medical emergencies that requires treatments that are more effective…  and more effective IMMEDIATELY.

READ MORE ABOUT US

Are you ready to schedule your free consultation?

Request your free 15 minute phone consultation and speak with a clinician about ketamine infusions and how we can help you live your happiest, healthiest life.

You are
not alone.

Alert: Any person reading this page who is actively considering suicide or hurting themselves should immediately call and speak with the suicide hotline at